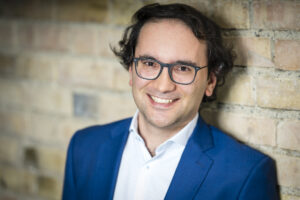 Benjamin Hofmann is a postdoctoral researcher at Eawag, the Swiss Federal Institute of Aquatic Science and Technology, and a lecturer at the University of St.Gallen, Switzerland. He holds a PhD in International Affairs from the University of St.Gallen and an MA in Political Science from the University of Salzburg, Austria. His research has focused on the role of business in international maritime environmental regulation as well as on multi-level energy and climate governance. From 2012 to 2015, Benjamin has acquired practical insights as a policy officer at the Central Commission for the Navigation of the Rhine (CCNR) in Strasbourg, France. He developed a strategy for sustainable inland waterway transport and was a member of several EU expert groups on sustainable transport. In the context of his PhD research, Benjamin also was an observer in the Swiss delegation to the Marine Environment Protection Committee of the International Maritime Organization (IMO). His current research has moved ashore as he is leading the science integration part in a four-year interdisciplinary research project on the evidence-based transformation of pesticide governance.