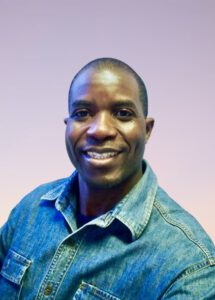 Dr. Tariro Kamuti is a Research Fellow with the Global Risk Governance Programme at the Department of Public Law, University of Cape Town, South Africa. He holds a joint PhD in Geography from the Department of Geography at the University of the Free State, Bloemfontein, South Africa and the Department of Organisational Sciences of the Vrije University Amsterdam, The Netherlands. He was a recipient of a scholarship from the Netherlands Organisation for Scientific Research (NWO-WOTRO) under a research programme on a partnership involving the University of the Free State, the University of Cape Town, South Africa and the Vrije Universiteit in Amsterdam, Netherlands. His other academic qualifications include B.Sc. in Biological Sciences and Geography and B.Sc. (Hons) in Geography both from the University of Zimbabwe, BBA in Marketing from the Institute of Marketing Management’s Graduate School of Marketing, South Africa and M.Phil. in Geography and Environmental Studies from the University of Fort Hare, South Africa. During his doctoral studies, Tariro was part of a team of scholars under the research programme with the title: Farm Dwellers: The Forgotten People? Consequences of Conversions to Private Wildlife Production in Eastern Cape and KwaZulu-Natal Provinces. The title of his thesis is: Private Wildlife Governance in a Context of Radical Uncertainty: Dynamics of Game Farming Policy and Practice in KwaZulu-Natal, South Africa. His thesis focuses on the influence and workings of the policy processes and governance contexts in which the agricultural and wildlife sectors operate in light of the trend of conversion from conventional farming to game farming in KwaZulu-Natal Province, South Africa.

He was a Postdoctoral Research Fellow at the Centre for Gender and Africa Studies at the University of the Free State in Bloemfontein, South Africa from 2016 to 2018 and the Global Risk Governance programme, Public Law Department, University of Cape Town, South Africa from 2019 to 2020. Tariro is a member of the International Society of Sustainability Professionals, United States of America, Regional Studies Association, United Kingdom and the Society for South African Geographers. He is also affiliated to the Climate Social Science Network (CSSN) an international network of scholars headquartered at the Institute at Brown for Environment and Society, United States of America. His research interests include climate change, land and environmental policy; governance issues around the sustainable utilisation of natural resources; the social dimensions of biodiversity conservation. Having noted the intricate link between biodiversity and climate change as humanity seeks nature-based solutions to contain the climate crisis, Tariro is currently exploring the politics of climate change in Zimbabwe where he posits that the country’s climate change dilemma is centred around carbon fuel-based energy production and biodiversity loss. The country’s majority population who are subsistence farmers do not have access to electricity so, they rely on firewood (which has been a major driver of deforestation) for their energy needs.

On the other hand, a greater proportion of the country’s electricity is produced through coal-powered stations and the country is investing more in that sector to meet outstanding demand for industrial and domestic energy needs. He argues that Zimbabwe needs to take an alternative course of action besides the ‘business as usual’ approach, as part of its contribution towards global efforts to tackle the climate crisis. The country urgently needs both an energy transition and restoration of ecosystems and landscapes.