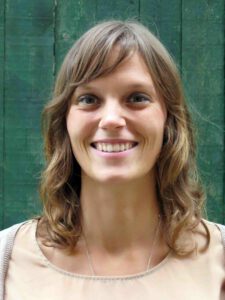 Dr Elise Remling is a Researcher in the Climate Change and Risk Programme at the Stockholm International Peace Research Institute (SIPRI). Her current work focuses on how how international organizations are thinking about and responding to climate-related security risks.

The focus of her work has been on the different institutions, organisations, and mechanisms by which adaptation is negotiated, governed and financed. It has also explored the social consequences of current adaptation governance systems in terms of their efficiency, effectiveness and equity, and whether they truly reach ‘the most vulnerable’. In doing so, Elise has studied the multilateral governance level (e.g. the UNFCCC Adaptation Fund), the regional/supranational level (e.g. the European Union and the development community in the Pacific Island region), the national level (e.g. climate policies in Kenya and Germany), and the very local level (e.g. community-based adaptation on a remote outer island in Fiji). In addition, Elise has worked on more conceptual explorations, for instance the possibility of adaptation initiatives redistributing vulnerability from one group to another rather than reducing it, and the affective, non-rational dimensions of adaptation discourses.

Elise received her PhD in Environmental Sciences from Södertörn University, Sweden, in 2019. Her thesis explored the politics of adaption decision-making by focusing on the more informal, tacit rules and rule-making mechanisms. Drawing on Poststructuralist Discourse Theory, it looked specifically at the role of discursive power, values and norms at different levels of governance, as well as the affective fantasies animating adaptation responses.