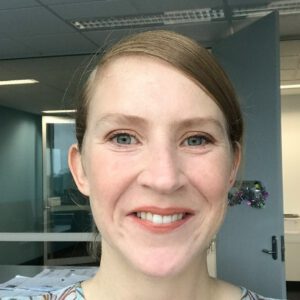 Genevieve Quirk MEL (ANU), DULF (Paris III), Bsc (UQ) is a PhD candidate in Law at the Australian National Center for Ocean Resources and Security and recipient of the Australian Postgraduate Award and the Global Challenges PhD Scholarship. Genevieve examines how the integration of regional oceans governance in Oceania contributes to the evolution of the law of the sea. Professionally, Genevieve has worked internationally in policy advising for oceans governance reform in the South Pacific, European Union (EU), Antarctica and Australia.

In her most recent professional role she was based in Brussels coordinating campaigns and advocating for fisheries governance reform to the officials of the EU Commission, Council and Parliament. Genevieve is an Earth System Governance Project Research Fellow and Member of the IUCN World Commission on Environmental Law. In 2016 Genevieve was a visiting scholar at the East West Center in Hawaii and in 2017 joined the Australian delegation to the United Nations on oceans governance relating to Sustainable Development Goal 14 on Oceans and Seas and Biodiversity Beyond National Jurisdiction.