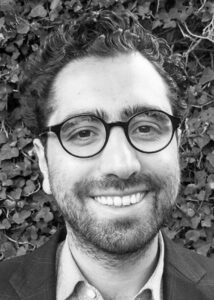 I am a doctoral candidate at the Blavatnik School of Government, University of Oxford. I work on global and comparative reserach on the political economy of decarbonisation. My doctoral research addresses the problems and opportunities of regulatory innovations and the role of expert organisations or ‘knowledge brokers’. And I conduct research over emergent form of regulatory governance, in particular the role of energy scenario-making and climate risk assessment.

My published work concerns the multiple dimension of transforming the energy sector with an emphasis on the role of innovative forms of governance, regulation and property. Previously, I worked for Mexico’s Department of Energy on climate change and renewable energy policy. On the same topics, I worked or consulted for international (IADB, UNIDO and UNEP), transnational (WWF), and national organizations in Mexico (FDS) and the United States (NREL). I hold an undergraduate degree in International Relations from El Colegio de México, a MPA degree from Tsinghua University, and graduated with honors from the MA program of the Committee on International Relations at the University of Chicago. Between 2011 and 2013 I was part of Canada’s Waterloo Global Science Initiative and in 2013 I was selected as a Future Energy Leader (FEL) by the London based World Energy Council and have remained part of the FEL Program throughout these years.