Karen Seto is the Frederick C. Hixon Professor of Geography and Urbanization Science at the Yale School of Forestry and Environmental Studies. She is an urban and land change scientist whose central research focus is how urbanization will affect the planet. A geographer by training, she integrates remote sensing, field interviews, and modeling methods to study urbanization and land change, forecast urban growth, and examine the environmental consequences of urban expansion. She is an expert in satellite remote sensing analysis and has pioneered methods to reconstruct historical land-use and to develop empirical models to explain and forecast the expansion of urban areas. Seto is a specialist in contemporary urbanization in China and India, where she has conducted research for over 20 and 10 years, respectively. Her research is notable for its systematic use of big data and a scientific lens to study urbanization as a process and to understand the aggregate global impacts of urbanization. Seto’s research has generated new insights on the interaction between urbanization and food systems, the effects of urban expansion on biodiversity and cropland loss, urban energy use and emissions, and urban mitigation of climate change.

Professor Seto is an established leader in the area of urbanization and global change. She co-founded and co-chaired the global research project, Urbanization and Global Environmental Change (UGEC), formerly of the International Human Dimensions Programme (IHDP) and Future Earth, from 2006 to 2016. She was a Coordinating Lead Author for Working Group III of the IPCC Fifth Assessment Report and lead the chapter on urban mitigation of climate change. She has served on numerous U.S. National Research Council (NRC) Committees, including the NRC Committee to the Advise the U.S. Global Change Research Program and the NRC Committee on Pathways to Urban Sustainability. From 2002 to 2008, she was the Global Thematic Leader for Ecosystem Management Tools for the Commission on Ecosystem Management of the International Union for Conservation of Nature (IUCN). She was the Executive Producer of “10,000 Shovels: Rapid Urban Growth in China,” a documentary film that integrates satellite imagery, historical photographs, and contemporary film footage to highlight the urban changes occurring in China. Professor Seto is the recipient of a NASA New Investigator Program Award, a NSF Career Award, and a National Geographic Research Grant. She was named an Aldo Leopold Leadership Fellow in 2009. She was elected to the U.S. National Academy of Sciences in 2017. 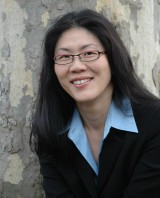 This article is part of Environmental Politics Special Issue: Non-State Actors in the New Landscape of International Climate Cooperation (Environmental…

The Evolution of the UNFCCC