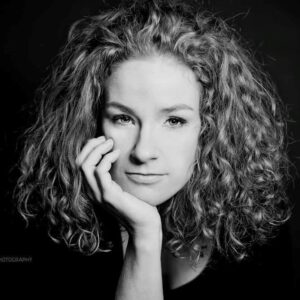 Malgorzata (Gosia) Smieszek is a researcher at the Marine Research Center at the Finnish Environment Institute (SYKE) in Helsinki and at the Arctic Centre, University of Lapland in Rovaniemi, Finland. She is a political scientist and a PhD candidate at the Faculty of Social Sciences of the University of Lapland. In her research Gosia studies the effectiveness of international environmental regimes, Arctic governance and questions of science-policy interface. More specifically, with the case study of the Arctic Council she examines the effectiveness of soft-law international institutions and the impacts of institutional dynamics on institutional interplay.

Gosia has been a fellow of the International Arctic Science Committee (IASC) since 2014, represents IASC as Observer to the Arctic Council and presently is a co-chair of IASC action group on communicating Arctic science to policy-makers (CASP). In her work she has taken part in numerous projects including the EU-funded “Strategic Environmental Assessment of Development of the Arctic” (2013-2014), “Goals and instruments of Polish Arctic policy” for Poland’s Ministry of Foreign Affairs  and most recently “Finland’s Arctic Council chairmanship in times of increasing uncertainty” for Finland’s Prime Minister Office (2016-2018). Gosia was the co-organizer of the 4th China-Nordic Arctic Cooperation Symposium (CNARC) and a participant in the Young Scientists Summer Program at the International Institute for Applied Systems Analysis (IIASA) in Austria, as well as in the science diplomacy course of the American Association for the Advancement of Science (AAAS) and the Vega Fellowship program on science communication and leadership.

She is a co-chair of the polar oceans cluster of the ESG TaskForce on Oceans Governance.