Norichika Kanie is a Professor at the Graduate School of Media and Governance, Keio University, Japan. He is also a visiting associate professor of the United Nations University Institute of Advanced Studies and Visiting Researcher at the National Institute for Environmental Studies. He serves as a committee member of the Central Environmental Council of Japan and a member of environmental council of Nakano ward in Tokyo, Japan. Before joining Tokyo Tech, he was an associate professor at the Faculty of Law and Policy Studies, The University of Kitakyushu. He received his Ph.D. in Media and Governance from the Keio University in 2001, after studying in the United Kingdom and the Netherlands (Erasmus University Rotterdam). He was also a Ph.D. Fellow at the United Nations University Institute of Advanced Studies (UNU/IAS). His research interests include governance, global environmental politics and multilateral diplomacy with particular focus on climate change. He is a project member/ leader of several government-funded policy oriented projects, including the Team Leader of the Target-setting Team in “Japan Low-carbon society 2050” project, funded by the Global Environmental Research Fund of the ministry of the environment (2004-2008, project leader: Prof. Shuzo Nishioka, National Institute for Environmental Studies (NIES))”. He is also a representative of the government of Japan to negotiations on future institutional development of EANET (Acid Deposition Monitoring Network in East Asia). He has given lectures and academic presentations in many parts of the world including a series of lectures in Brazil on Japan´s environmental policy sponsored by the ministry of foreign affairs, Japan held in March 2006. He also provides with commentaries and op-eds to newspapers, news journals and TV programmes, including Asahi-shinbun, The Herald Tribune and NHK (Japan Broadcasting Corporation). 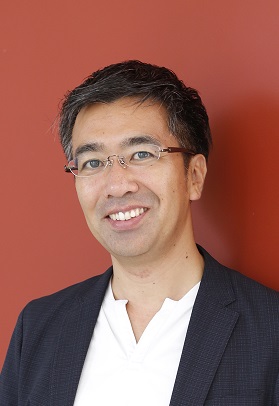 Between negotiations and litigation: Vanuatu’s perspective on loss and damage from climate change

Commodity-Centric Landscape Governance as a Double-Edged Sword: The Case of Soy and the Cerrado Working Group in Brazil