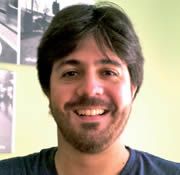 Pedro Henrique C. Torres is a post-doc researcher at the Energy and Environment Institute (IEE) – University of São Paulo (USP). He holds a Ph.D. in Social Science from Pontifícia Universidade Católica do Rio de Janeiro (PUC-Rio) in Brazil. He holds a M.Sc. in Urban and Regional Planning from the Institute of Research in Urban and Regional Planning (IPPUR) at the Federal University of Rio de Janeiro (UFRJ). Mr. Torres was a Visiting Student Research Collaborator (VSRC) at Princeton University during his Ph.D between 2014-2015.

General research interests range from a multidisciplinary approach focus in urban and environment issues; enviromental sociology; to, most recently, the urban global climate governance and adaptation. During his career, he worked in several environmental organizations in the third sector, such as Greenpeace, SOS Mata Atlântica, ICLEI and ITDP. He also worked at the Green and Environmental Secretariat of the City of São Paulo, Department of Environmental Planning (DEPLAN), being Executive Secretary of the Municipal Plan of Conservation and Preservation of the Atlantic Forest.