Access and Benefit Sharing (ABS) Governance after the Nagoya Protocol: Architecture and Actors 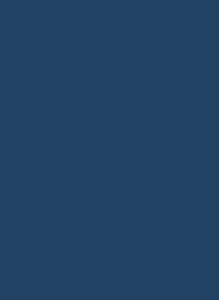 On 26 and 27 September 2011 the Institute for European Studies (IES) at the Vrije Universiteit Brussels (VUB) and the Fridtjof Nansen Institute (FNI – Oslo, Norway) co-organised the international workshop titled “Access and Benefit Sharing (ABS) Governance after the Nagoya Protocol: Architecture and Actors”. The workshop took place at the FNI in Lysaker, west of Oslo (Norway), previously the home house of Fridtjof Nansen – famous Norwegian polar traveller, interdisciplinary scientist, diplomat, international humanitarian activist and Nobel Laureate. It was supported by the European Science Foundation’s COST Action on Transformation of Global Environmental Governance and endorsed by the Earth System Governance (ESG) project of the International Human Dimensions Programme on Global Environmental Change (IHDP), an international and interdisciplinary science programme that fosters social science research on the human dimensions of global environmental change.

The workshop was dedicated to the issue of the governance of access to and benefit sharing from genetic resources after the Nagoya Protocol on ABS to the Convention on Biological Diversity (CBD) that was adopted in October 2010. The value of genetic resources has in particular increased with the rise of biotechnology. How to share the benefits thus created between those countries and communities particularly rich in such genetic resources and traditional knowledge about them, on one side, and mainly industrialized countries and relevant industries interested in utilizing these resources, on the other, has been an issue in international politics for more than 20 years. A number of international fora are relevant for international ABS governance, including (in addition to the CBD) the World Trade Organization (WTO), the World Intellectual Property Organization (WIPO) and the Food and Agriculture Organization (FAO).