From ‘talking the talk’ to ‘walking the walk’? Multi-level global governance of the Anthropocene in Indonesia 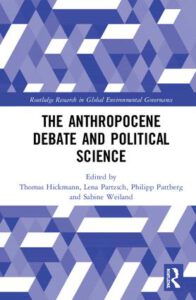 Emerging economies such as Indonesia are among the highest greenhouse gas emitters in the world and are global environmental drivers in the Anthropocene. However, it is puzzling that Indonesia has already advanced domestic climate actions since 2007, despite not being obliged to do so under the United Nations Framework Convention on Climate Change (UNFCCC). Since 2005, parties to the UNFCCC have developed new governance arrangements, such as Nationally Appropriate Mitigation Actions (NAMAs), which comprise the norm of climate mitigation actions by developing countries. To understand its implications, this chapter sheds light on how and why developments in the UNFCCC have triggered institutional and policy changes for mitigating climate change in Indonesia. It builds upon an analysis of the Anthropocene debate in the International Relations literature, and applies a multi-level global governance framework to account for the dynamics between the global and the domestic governance of the Anthropocene. Based on insights from expert interviews and process tracing, this chapter scrutinises to what extent the Indonesian government was ‘talking the talk’ of the norm (i.e., referring mostly rhetorically to the meaning of the norm) or was ‘walking the walk’ of the norm (i.e., taking actions which are concordant with the norm).

More information about The Anthropocene Debate and Political Science here