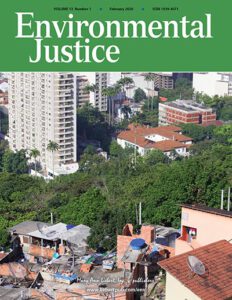 This article approaches the theme of climate change adaptation in Brazil and the need for interaction between an agenda of rights and justice within the framework of climate change public policies. To verify how climate justice and inequalities are expressed in this part of the Global South, a literature review was performed with selected descriptors referring to climate justice in Latin America.

An analysis of the Brazilian National Adaptation Plan (NAP) was also made, taking it as a case study to verify if guidance exists to combat inequalities and climate change impact at once. The literature analysis has shown that studies on climate justice in Latin America are still scarce and present, mainly, a critical theory conception pointing towards capitalism and colonialism as the cause of climate problems, as well as the need for equitable distribution in terms of climate change. With the analysis of the Brazilian NAP, it was observed that the climate justice discourse has not yet been systematically incorporated.