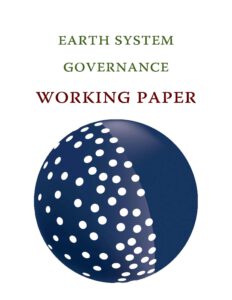 As climate movements are growing around the world, so too is a postapocalyptic form of environmentalism. While apocalyptic environmentalism warns of future catastrophe in the case of inaction, its postapocalyptic sibling assumes that catastrophe is already here or unavoidable. In this paper, I explore the so far overlooked strategic implications of this presumed postapocalyptic current on strategizing within the climate change movement (CCM). I analyze whether it affects activists’ ability to continue working on climate mitigation, and in particular, whether it may cause a shift in focus to adapting to those consequences that may now be considered unavoidable. This shift is arguably desirable from the point of view of transformational adaptation, which opposes business-as-usual climate adaptation by arguing that climate adaptation should include a radical transformation of society that addresses the systemic drivers of environmental degradation, climate vulnerability, and inequality. Some have argued that this view is still an idea without an agent. A postapocalyptic climate movement, with its focus on unavoidable catastrophe, could fill that gap. The paper presents data from a comparative qualitative study of climate activism in five European cities: Malmö, Hamburg, Antwerp, Bristol and Manchester. Based on 46 qualitative interviews and ethnographic observations, it is concluded that while elements of postapocalyptic environmentalism appear to be widespread in Northwestern Europe, it exists in parallel to the apocalyptic variant. The latter continues to inform strategies that therefore remain focused on mitigation, whereas the former is treated as a dark thought to be dealt with in a more ‘therapeutic’ fashion. Still, many signs are found of a cautious exploration of engagement with adaptation. This, however, falls short of the encompassing project that proponents of transformational adaptation advocate.

The Working Paper is available here