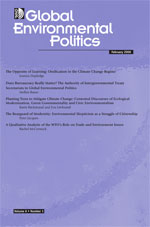 Some scientists suggest that it might be possible to reflect a portion of incoming sunlight back into space to reduce climate change and its impacts. Others argue that such solar radiation management (SRM) geoengineering is inherently incompatible with democracy. In this article, we reject this incompatibility argument. First, we counterargue that technologies such as SRM lack innate political characteristics and predetermined social effects, and that democracy need not be deliberative to serve as a standard for governance. We then rebut each of the argument’s core claims, countering that (1) democratic institutions are sufficiently resilient to manage SRM, (2) opting out of governance decisions is not a fundamental democratic right, (3) SRM may not require an undue degree of technocracy, and (4) its implementation may not concentrate power and promote authoritarianism. Although we reject the incompatibility argument, we do not argue that SRM is necessarily, or even likely to be, democratic in practice.