The Boundaries of the Planetary Boundary Framework: A Critical Appraisal of Approaches to Define a “Safe Operating Space” for Humanity

Biermann Frank and Rakhyun E. Kim. 2020. The Boundaries of the Planetary Boundary Framework: A Critical Appraisal of Approaches to Define a “Safe Operating Space” for Humanity. Annual Review of Environment and Resources. 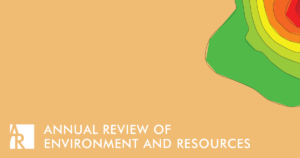 In 2009, a group of 29 scholars argued that we can identify a set of “planetary boundaries” that humanity must not cross at the cost of its own peril. This planetary boundaries framework has been influential in generating academic debate and in shaping research projects and policy recommendations worldwide. Yet, it has also come under heavy scrutiny and been criticized. What is today’s overall significance and impact of the notion of planetary boundaries for earth system science and earth system governance? We review here the development of the concept and address several lines of criticism, from earth system science, development studies, and science and technology studies. We also examine some applications of the framework, discuss broader governance implications, and reflect on actual policy relevance. In concluding, we explore the most recent incarnation of the planetary boundaries framework in its avatar as earth system targets supported by an Earth Commission.