The Impact of the US Retreat from the Paris Agreement: Kyoto Revisited? 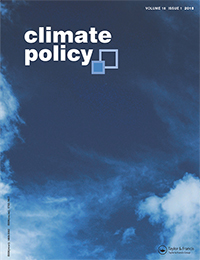 The United States’ decision to withdraw from the Paris Agreement (pending possible re-engagement under different terms) may have significant ramifications for international climate policy, but the implications of this decision remain contested. This commentary illustrates how comparative analysis of US participation in multilateral environmental agreements can inform predictions and future assessments of the decision. We compare and contrast US non-participation in the Kyoto Protocol and the Paris Agreement, focusing on four key areas that may condition the influence of US treaty decisions on international climate policy: (i) global momentum on climate change mitigation; (ii) the possibility of US non-participation giving rise to alternative forms of international collaboration on climate policy; (iii) the timing and circumstances of the US decision to exit; and (iv) the influence of treaty design on countries’ incentives to participate and comply. We find that differences across the two treaties relating to the first three factors are more likely to reduce the negative ramifications of US withdrawal from the Paris Agreement compared to the Kyoto Protocol. However, the increased urgency of deep decarbonization renders US non-participation a major concern despite its declining share of global emissions. Moreover, key design features of the Paris Agreement suggest that other countries may react to the US decision by scaling back their levels of ambition and compliance, even if they remain in the Agreement.