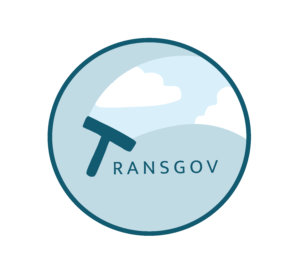 Transformative Potential of Transparency in Climate Governance (TRANSGOV) is a four-year project led by Prof. Aarti Gupta at the Environmental Policy Group of Wageningen University and Research in the Netherlands, involving collaborators from the Council on Energy, Environment and Water (India), the University of Melbourne (Australia), the University of Cape Town (South Africa) and the United Nations Framework Convention (UNFCCC).

The TRANSGOV project is dedicated to understanding the drivers and effects of transparency in the context of global climate governance. The project was set up in response to the rapid increase of novel, non-binding ‘pledge-and-review’ approaches that the global governance of climate change has witnessed in the last decade. As a part of this bottom-up approach, transparency of country commitments and activities has been promoted as a key mechanism to ensure compliance and effectiveness in the response to climate change. Elaborate transparency systems are now at the core of global climate governance, in order to ‘make visible’ what countries are doing, with the assumption that this promotes accountability, enhances mutual trust and thereby ratchets up climate ambition. But there is only anecdotal evidence available on what these systems in fact deliver, and their realization in practice has not been systematically analyzed.

TRANSGOV addresses this crucial research gap, with a focus on voluntary climate commitments of countries relating to the 2015 Paris Climate Agreement. Over the next four years, the TRANSGOV project will undertake a theoretically informed, in-depth empirical analysis of transparency measures in the UNFCCC context, and the political effects of such engagement. Using mixed-methods that include developing a global data base of country participation in transparency arrangements, expert surveys, interviews and four national case studies, TRANSGOV will advance much-needed theoretical and empirical knowledge about transparency’s transformative potential in global governance.