International Workshop on the Fragmentation of Global Environmental Governance: Causes, Consequences and Responses

The workshop addressed the emerging phenomenon of institutional fragmentation in global governance today. The term fragmentation refers to the growing diversity and lack of coordination among private or public norms, treaties and organizations that address a given issue area of international politics. Scholars of international relations have recently directed increasing attention towards this phenomenon, also framing it with different terms like regime complexes or polycentricity, and discussing potential pros and cons of this development. However, an elaborate concept of institutional fragmentation or complexity based on a set of distinctive criteria is still missing – not to mention the need for theory-based explanations and comparative empirical analyses.

Seeking to frame the debate and to advance this young research programme, the German Development Institute / Deutsches Institut für Entwicklungspolitik (DIE), organised this workshop jointly with the Environmental Change Institute (ECI) of the University of Oxford. The conference was financed by the COST (European Cooperation in Science and Technology) Action ‘The Transformation of Global Environmental Governance: Risks and Opportunities’ (IO802) and endorsed by the Earth System Governance Project.

The presentations and debates were structured along the following themes (see also workshop programme below):

Participants agreed that institutional fragmentation is an inevitable structural characteristic of all environmental architectures today, but that the degree of complexity varies considerably across issue areas. For instance, the level of fragmentation on water and fisheries is significantly advanced while being relatively low for a realm like ozone layer depletion.

Moreover, they identified a number of dimensions to frame the debate and facilitate the mapping of fragmentation across different issue areas. These dimensions include inter alia: benefits and drawbacks of parsimonious institutional definitions (i.e. only relating to the number of institutions and legal coherence among them) and rich relational concepts (including, for instance, behavioural impacts of fragmentation); static definitions (analyzing fragmentation at one point in time) vs. dynamic definitions (conceptualizing fragmentation as a process); qualitative approaches (e.g. based on regime theory) and quantitative approaches (e.g. network mapping).

Causes and the problem of institutional fit:

Participants developed and discussed a number of explanatory variables, including: the underlying constellation of power, especially the motivation to create new institutions if existing ones do not reflect the interest of powerful countries; the constellation of interests, e.g. competing interests being mirrored by different institutions; problem and situation structures of the subject matters to be regulated; and: competing discourse coalitions, norms or knowledge claims.

Apart from trying to explain the overall degree of institutional fragmentation in a given issue area, contributors also referred to other dependent variables, such as: the generation of new institutions in a fragmented environment; and new opportunities (or barriers) for non-state actors in such an environment.

Finally, the question of institutional fit was identified as one of the core subjects for future research. Different environmental problems may require different types of institutional complexity. While we still know too little about these differences, the workshop was regarded as a first step towards comparing different requirements across realms of global environmental governance.

The workshop participants distinguished a series of potential benefits of institutional diversity at the international level. These include, inter alia, more platforms to involve different public and private actors; more opportunities to experiment with different policy approaches; or the possibility to circumvent stalemates in other arenas. On the other hand, various drawbacks were identified, such as: a lack of legitimacy of the emerging phenomenon of ‘club governance’ (in the G20 and forums with similar membership); regulatory uncertainty; and serving interests of powerful countries while disadvantaging least-developed countries.

Regarding effects of fragmentation across scales, contributors found that the role of regional environmental agreements and their interplay with global treaties deserves much more attention from scholars of international relations. Moreover, emphasis was put on the issue of implementation and monitoring environmental treaties. While there is a longstanding tradition of coordinating review systems of different treaties on the country level, workshop participants acknowledged that fragmentation may still have serious drawbacks, especially in developing countries. For instance, many countries are overburdened by the sheer diversity of approaches of climate policies to be implemented under an array of mechanisms within and outside the United Nations climate regime.

In the final session on possible response measures, participants established a typology of approaches, ranging from legal management (e.g. through priority clauses) to various forms of coordination (e.g. through cooperation agreements or treaty clustering). Moreover, the contributors clarified some of the barriers to such approaches (due to political feasibility or limited mandates), referred to the question of agency (who coordinates?), and distinguished levels of interplay management (overarching, joint, unilateral, autonomous).

There was strong consensus among participants that the aspect of fragmentation management is an ardent issue that merits much more investigation. Further insights could provide helpful input for practitioners on the most feasible and desirable options for institutional integration in their respective policy field, including the Rio+20 process and the overarching debate about the need for a World Environment Organization.

Building on this consensus on the need for further research, the organisers envision a special issue in a prestigious academic journal in the field of global environmental governance. Together with workshop participants interested in joining this special issue, they plan to have a proposal ready for submission by November 2011.

Causes and the Problem of Institutional Fit – General Discussion

Monitoring and Implementation Review Systems and Epistemic Networks in Environmental Governance: A Key Factor in Determining the Impacts of Regime Fragmentation and Complexity on Effectiveness
Owen Greene, University of Bradford
Discussant: Nils Simon

Session 5: Wrap-up and Next Steps 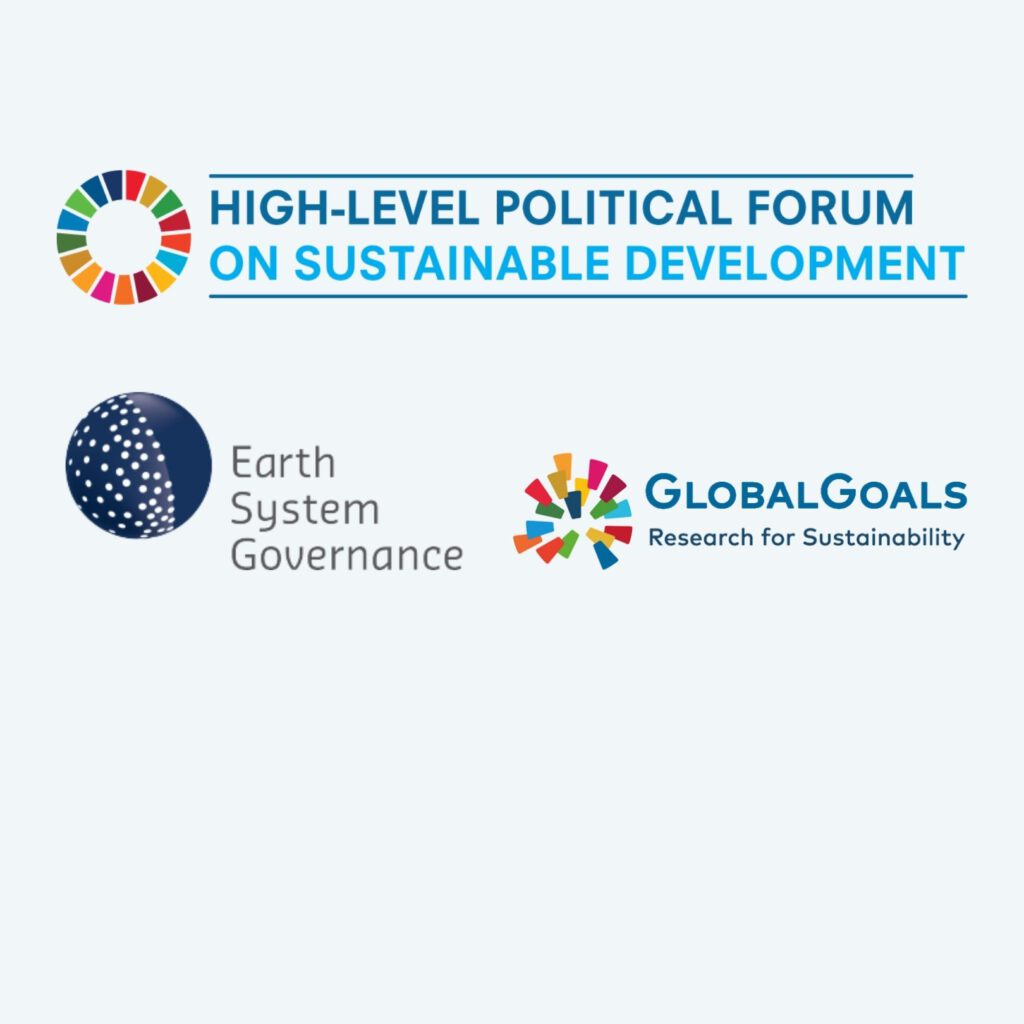 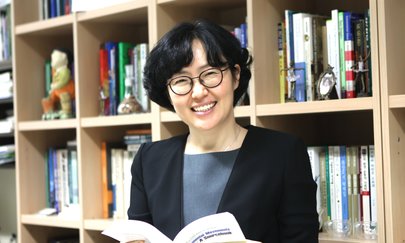 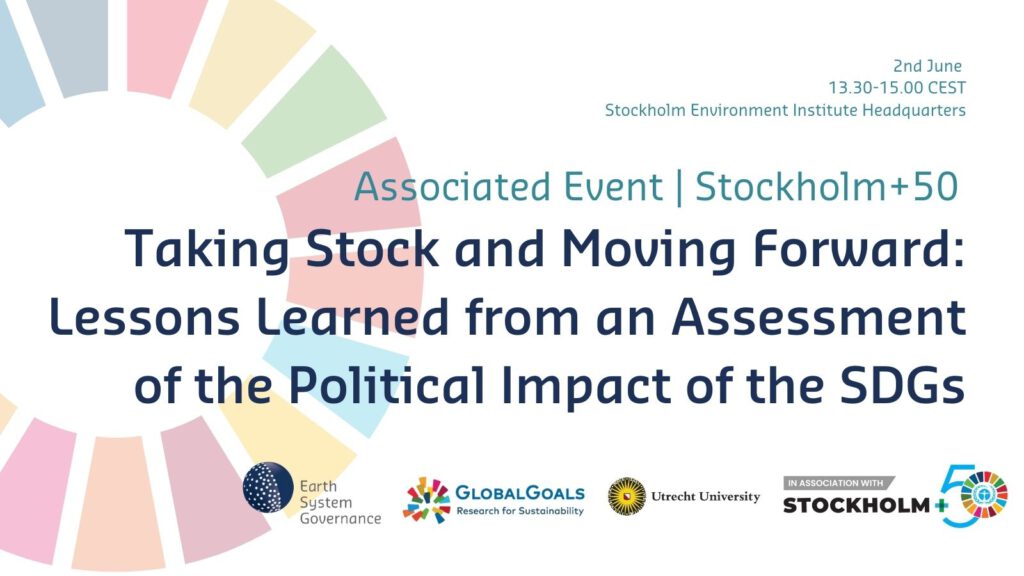