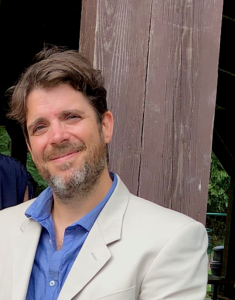 I am currently working with the planetary justice and Earth system law taskforces. My focus with the first is on joining social epistemology with planetary justice through the concept of anthroponomy. Anthroponomy is the pluralistic, decolonial organization of autonomy in light of the planetary effects of social processes, especially those produced within the long shadow of European imperialism:  colonialism, capitalism, and industrialism. This work is aiming toward a monograph, Planetary Justice & How to Find It as well as a new set of articles on the Sixth Extinction.

My research on anthroponomy developed from a co-edited volume with Allen Thompson, Ethical Adaptation to Climate Change: Human Virtues of the Future (MIT Press, 2012). That volume led me to articulate the concept of anthroponomy, which I first named in 2012 in an article for the European Financial Review, bringing back a word from the 18th century used briefly by Immanuel Kant. My first analysis of anthroponomy appeared in 2016. I then published Involving Anthroponomy in the Anthropocene: On Decoloniality (Routledge, 2020).

Around this work, three monographs in environmental philosophy – The Ecological Life (Rowman & Littlefield, 2006), Solar Calendar, and Other Ways of Marking Time (punctum books, 2017), and The Wind ~ An Unruly Living (punctum books, 2018) – have explored the philosophical adaptation of “who we are” (Stephen M. Gardiner, A Perfect Moral Storm), through a philosophical anthropology and moral psychology that develops a humanist form of deep ecology, paradoxical as that may sound. According to this philosophy, to be centered in our own humanity (“anthropocentric”) is to be ecologically identified in moral relationships with the more than human world.

In the first monograph, I showed how understanding common humanity as found in the human rights tradition leads us, on careful reflection, to see how we are “greener than we think.” In other words, I subverted the distinction between the anthropocentric and the non-anthropocentric by rejecting the understanding of the human in mainstream, especially deep ecological, views of anthropocentrism. In the latter two monographs, I wrote in a literary form in order to philosophize from relational reason, a form of reason co-operative with but irreducible to theoretical and practical reason that is important for ecological identifications, moral responsibility, and decoloniality. I plan to write a two-volume study of relational reason in the coming decade.

I have published on mass extinction for The Journal of Agricultural and Environmental Ethics; Ethics, Policy & Environment, and The Oxford Handbook of Environmental Ethics, where I lead authored the entry on mass extinction. Since 2007, I have also written a series of articles on biocentric wonder in the human development and capability approach. This work led Martha C. Nussbaum to state publicly that “biocentric wonder” should be added to the basic list of capabilities. A book about the politics of wonder – Between Us: After Martha C. Nussbaum’s Politics of Wonder is under contract (Bloomsbury, 2021).