He is the author of many scholarly books, including The Politics of Environmental Discourse (Oxford UP, 1995), In Search of New Public Domain – Analysis and Strategy (NAi Publishers, 2001, together with Arnold Reijndorp), Deliberative Policy Analysis (Cambridge UP, 2003, eds. with Hendrik Wagenaar), Strong Stories – How the Dutch Reinvent their Planning Practice (Nai/010, 2010, with Suzanne van ‘t Klooster & Jantine Grijzen), Authoritative Governance – Policy-making in the Age of Mediatization (Oxford UP, 2009) and Smart about Cities – Visualizing the Challenge of 21st Century Urbanism (NAi/010, 2014), a critique of the prevalent discourse of smart cities and a call to connect new technological possibilities to a more encompassing agenda: the need to change the ‘metabolism’ of our cities. His latest book is called Neighbourhoods for the Future – A Plea for a Social and Ecological Urbanism, arguing how neighbourhood development could be the crucial point of intervention to combine the fight against climate change with the importance to connect to the human scale (with Edwin Buitelaar, Chris ten Dam, Martijn van der Hurk and Peter Pelzer). The attractively designed book was published by Trancity/Valiz in the Fall of 2020. He is now writing a book on the future of environmental politics.

Maarten Hajer is also well known as curator and government advisor. He was Chief Curator of the International Architecture Biennale Rotterdam 2016 the results of which can be found here. He was elected Government Manager of the Year in 2014. He is a member of UNEP’s International Resource Panel (IRP) for which he co-chairs the working group on Cities (together with Mark Swilling). Their report The Weight of Cities – Resource Requirements of Future Urbanisation, can be found here. He is Extra-Ordinary Professor at Stellenbosch University, South Africa. In 2018 Hajer was the curator of an exhibition on the future of the Netherlands, Places of Hope, part of Leeuwarden/Fryslân Culturele Hoofdstad 2018. This was an initiative supported by the Dutch Ministry for the Interior and Kingdom Relations and the Ministry for Infrastructure and Waterworks as well as the City of Leeuwarden. 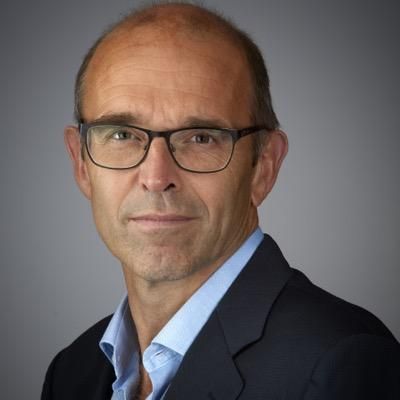