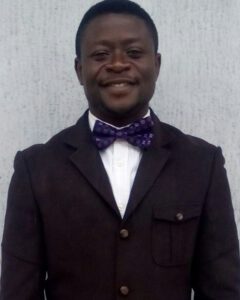 Saheed Adekunle Raji is a PhD candidate of the Department of Geography, University of Lagos and a Remote Sensing, GIS, Climate Change and Natural Resource Management researcher at the Federal University of Petroleum Resources, Effurun Nigeria. Largely, he is interested in global environmental change issues and natural resource governance within the semi-arid ecosystems. His current research focuses on the dynamics of natural environment factors, climate change and socioeconomics as drivers of ecosystem resource degradation in the semi-arid region of West Africa.

He is particularly interested in the nexus between these tripartite pivots of environmental change at the regional catchment level within the Sokoto–Rima basin. It is expected that this study will amend the prevailing climate change policy narrative and ensure proper governance of natural ecosystem resources at the catchment level. Adekunle Raji holds a BSc (hons) degree (First Class) in Geography from University of Lagos and an MSc degree (Distinction) Remote Sensing from the same university. During his undergraduate programme, he was a university scholar for three years 2004–2007. He was also a Graduate Fellow of the Department of Geography, University of Lagos from 2010 to 2013. He was a Research Assistant of the Joint Ecosystem–Climate Study Group of the University of Lagos between 2010 and 2013. He is currently a key member of the Environmental Management and Modeling Study Group of the Federal University of Petroleum Resources Nigeria.

He was the 2014 Best Researcher in Social Sciences in the University of Lagos and a one-time recipient of the Michael Abegunde’s Prize in Geography. He is also a member of several local and international societies and associations including the American Geophysical Union (AGU), International Society for Development and Sustainability (ISDS), African Association of Remote Sensing of the Environment (AARSE), Geoscience and Remote Sensing Society (GRSS) of the IEEE, Nigeria Environment Society (NES), Nigerian Cartographic Association (NCA), and Association of Nigerian Geographers (ANG).