A Shift in the Agenda for China and India: Geopolitical Implications for Future Climate Governance 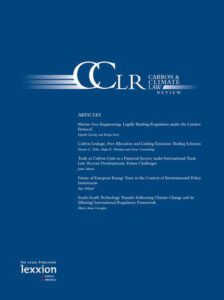 2015 has marked a shift in stand for the world’s largest and third largest (in aggregate terms) greenhouse gas (GHG) emitters – China and India – on the future of the global climate change negotiations. While China agreed for the first time to peak its carbon emissions by 2030, India evaded such commitments but vowed to “set the agenda” for the upcoming Paris Summit (COP-21). The two countries have shared a common platform (that of the BASIC countries) at the climate change negotiations since the Copenhagen Summit (COP-15) in 2009 but have since then developed divergent positions on many issues in subsequent years. In this context, the article compares and contrasts the approaches and strategies of India and China towards the Paris Summit, especially using the outcomes of U.S. President Barack Obama’s meetings with the two countries’ top leadership. It analyses the significance of geopolitics in the climate change negotiations and how the two countries have manoeuvred their geopolitical ties with key players like the EU and G-77. The article argues that despite this shift in stand and diverging positions, they are likely to stand together when it comes to issues such as equity and finance. It also proposes that the two emerging Asian giants have the potential of strengthening bilateral ties to advance climate goals.